I’ll be sharing tips on flying with a toddler. I’ve flown with my kids a couple times and wanted to share some things that helped me. I also reached out to my followers and asked them some of their favorite travel tips as well. Hope these tips can help make traveling with your toddler a little easier!

Tip 1 For Flying With a Toddler: Get TSA Pre-check

As a parent traveling with kids this is worth every penny. It cost $85 for five years. If you have children under 12 years and younger they can go through the line with you. You can apply at a TSA pre-check location at your airport. I found this article helpful when I had questions about it.

Tip 2 For Flying With a Toddler: Car seats

The second tip for flying with a toddler is using a car seat. As many of you know your child does not need a car seat until they are two years old. I like to buy seats for my boys if I’m flying a longer distance or if tickets are cheap. The hardest part about buying your child their own plane ticket is bringing the car seat on the plane. Here are some tips to help make that an easier process.

Its a lot easier to bring on an infant carseat. Its easiest if you have the baby already strapped in the carseat while you carry them on the plane. You place the infant car seat rear facing and belt them in as if you would in a car.

It can be annoying trying to get a big car seat through the airport, but its so nice to have your baby strapped in for a flight. I bought a cheap car seat bag on amazon so that I could carry them through the airport. I tested the bag at home and it was heavy and awkward.

I decided to buy a luggage cart roller instead. I strapped the car seat right onto the luggage cart and it was so easy to pull through the airport. You can also find car seat rollers that allow the baby to sit in the car seat while you pull. You can check your stroller before the flight and just use these rollers instead. I would have bought these, but they were expensive and I needed two of them.

I have the GracoExtend2fit and when I tried to roll it down the isle of the plane it DID NOT fit. It fit through first class, but as soon as I got to the main cabin it got stuck. It was heavy and awkward trying to carry it to my seat, luckily a nice man helped me. I would suggest taking the car seat off the luggage cart before entering the plane. I brought a foldable tote bag and put the luggage cart in the bag to store in the overhead bins during the flight.

My followers suggested buying the Cosco Scenera Next Convertible Car Seat for flying. They cost $50 and only weigh 11 pounds. This way its a lot easier to carry onto the plane and around the airport. This car seat might be small enough to wheel down the isle of the plane.

Do you do rear face or forward face the car seat?

I asked my followers this question on my instagram and I got a lot of responses. If your baby is in a infant carseat it will need to be rear facing. If your child is in a convertible car seat the answer was still unclear. Some of my followers said rear facing and some said forward facing.

After reading through everyones comments I came to the conclusion that forward facing is just fine. One of the main reasons for rear facing a car seat in a car is because of the threat of getting hit from behind. You don’t need to worry about that on a plane.

I liked having them forward facing because it was easier to install and they could watch the tv. You just want to be mindful of their feet kicking the seat in front of them. I would suggest doing what makes you feel most comfortable, these are just my opinions after reading through everyones comments.

Tip 3 For Flying With a Toddler: Bring their blanket

The third tip for flying with toddlers is bring your child’s favorite blanket. Each of my boys have their own blanket they use during naps or bedtime. They associate their special blanket with sleep and it will help them sleep during the flight if they have it.

Tip 4 For Flying With a Toddler: Bring lots of Snacks

The fourth tip for flying with toddlers is to bring lots of snacks. Each of my twins had a gallon zip block bag with lots of different type of snacks inside. When I asked my followers about snack ideas they said to make sure the snacks are not sticky or messy. Someone also suggested putting the snacks in a tackle box to make it more fun. I found that apple sauce pouches were perfect for take off and landing because they had to suck to get the apple sauce out. (Sucking helps prevent ear issues)

Tip 5 For Flying With a Toddler: Get water before flight

The fifth tip for flying with a toddler is making sure you get water before the flight. I used the water to make them a bottle or fill up their sippy cup. It’s important for their ears to be swallowing during take off and landing. Sometimes the flight attendants are dealing with other things when you board and they don’t have enough time to get you water. I always bring an empty water bottle and fill it up at a drinking fountain before the flight. If I can’t find a drinking fountain I make sure to buy water.

Tip 6 For Flying With a Toddler: Activities/Toys

The sixth tip for flying with a toddler is having activities for your kids. I found myself rotating through toys and snacks to keep my twins happy. Some of my followers suggest going to the dollar store to get new toys. This way if you drop or lose them on the plane its not a big deal. Also if they have new toys they will be more interested in playing with them.

I like to use a pacifier strap to clip their toys to their car seat. This way you won’t lose toys when they try and throw it over the side.

Tip 7 For Flying With a Toddler: Electronics

The seventh tip for flying with a toddler is using electronics. I brought my mini iPad on the plane and filled it with movies and games before I went. I downloaded Netflix shows on my tablet so the boys could watch them without wifi. You can also download shows and movies off the Disneyplus app as well. I made a list of some ideas below.

Head over to my blog post “The Best Toddler Apps” where I list some of the my favorite apps the boys have been using. You just want to make sure the apps you choose for the flight can be used without wifi. Most of the apps I did list will work during flights, but double check before you go.

Head over to my blog post where I list the best Disney Plus downloadable shows for toddlers! I’ll even show you how to download them so you can watch them later without wifi!

Head over to my blog post where I list the best Netflix shows for toddlers. I’ll even show you how to download them so you can watch them later without wifi!

Tip 8 For Flying With a Toddler: Have them wear easy clothes and bring an extra pair of clothing.

The eighth tip for traveling with a toddler is putting them in easy clothes. When my boys were younger I put them in zip up onesies and it made diaper changes a lot easier on the plane. I did not want to deal with snapping a bunch of buttons. Now that the boys are older its easiest to do pants and a t-shirt.

Also don’t forget to throw in an extra pair of clothing. You never know if your child will have a blow out or throw up. Its always good to be prepared.

Tip 9 For Flying With a Toddler: Book your flight around nap-time

The ninth tip for flying with a toddler is booking your flight around nap time. I know this isn’t always possible, but try to do it if you can. We did this for our flight to Florida and they slept a good part of the flight.

Tip 10 For Flying With a Toddler: Take advantage of pre-boarding

The tenth tip for flying with a toddler is pre-boarding. If you have young children you are able to pre-board the flight. I used to think that families with kids were the first ones to board, but that is incorrect. Every airline is different in the order they allow people to board the plane. The last couple times we have flown Delta they didn’t let us board until after first class. Every airline is different in their order so just ask the front desk at the gate when you get there.

I like to board early if I’m going to carry on a car seat. They are so big and heavy I don’t want to have to worry about hitting people as I carry it down the isle.

If you want to know how to gate check your Baby Jogger City select see my blog post HERE.

Tip 11 For Flying With a Toddler: Sit towards the back of the plane

The eleventh tip for flying with a toddler is towards the back of the plane. Some people suggest sitting in the very back row, but I did not like that. The back row is always right by the bathrooms and people are constantly coming and going during the flight. My boys kept waking up every time the doors to the bathroom would open or shut. I like to sit in the back, but not to close to the bathrooms.

Tip 12 For Flying With a Toddler: Wait for everyone to get off the plane before getting off

The twelfth tip for flying with a toddler is waiting for everyone else to get off the plane. I only recommend doing this if you do not have a connecting flight. If you are rushing to get to a next flight this obviously wouldn’t be the best choice.

When we are not in a rush I always wait for everyone to get off the plane before I get off. People who are flying are always impatient and not always in the best mood. It helps me to stay calm and happy when I just wait. This way I don’t feel rushed and I’m not worried about people waiting behind me.

Tip 13 For Flying With a Toddler: Give each toddler their own backpack

I would love for you to comment below with anymore tips you have with flying with a toddler! Hope these tips can help you as you travel! 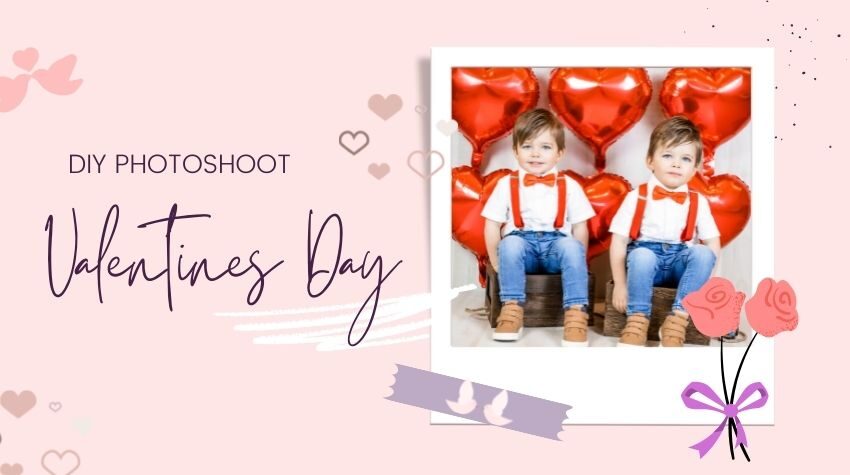 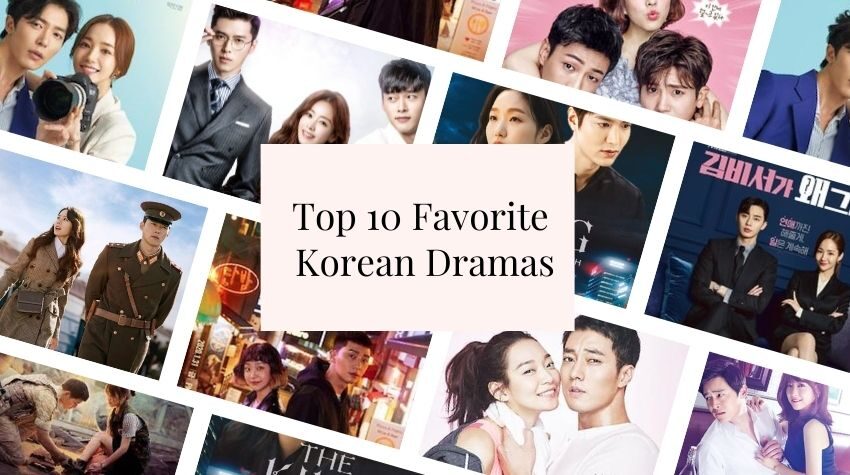 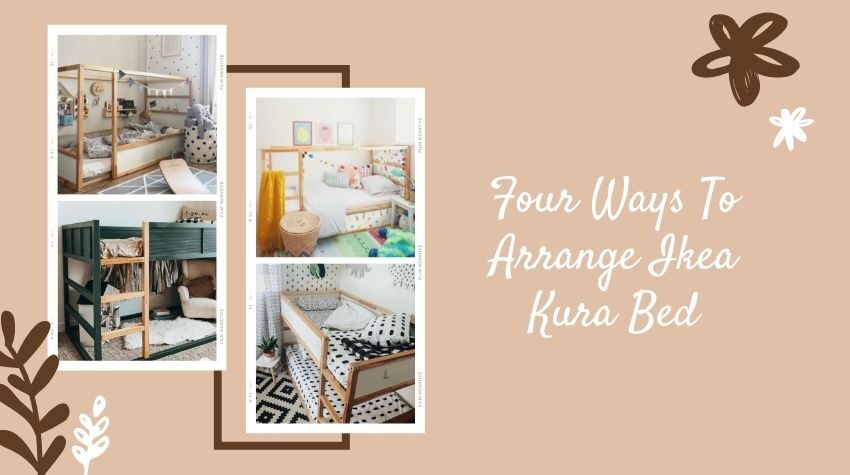