When I was 19 years old I moved to Washington DC area to work for a summer door-to-door sales job. And yes, if you can believe it, this story gets even worse. We had ventured down into Virginia and after a long day of work, I jumped into the back seat of the manager’s car with my brother and two other coworkers for the drive back to DC. The next thing I remember I was waking up to my brother yelling my name and trying to get me out of a very disfigured car.

We were stopped at a red light on the highway when a semi-truck going about 60 mph struck us from behind. The truck driver had driven the route many times before and had the lights timed, knowing that the light would turn green as he came upon the intersection. He was watching for cross traffic and didn’t see our puny car sitting at the red light. Imagine a Hot Wheels car vs. Optimus Prime.

I was in and out of consciousness during the ambulance ride to the first hospital where they realized we needed a larger trauma center and life-flighted us into Fairfax, Virginia. It was my very first helicopter ride and I was strapped to a stretcher puking up my two favorite foods (Bugles and Peanut Butter Twix, which I haven’t had since), not exactly as I imagined it. As they wheeled me off the helicopter, I still wasn’t sure what had happened, but I knew it was bad. Like, really bad. And I knew my life was going to change.

Fast forward to a couple of days later, my mom had flown out immediately from home (Boise, Idaho) and held my hand as the doctor dramatically handed me a mirror to reveal my face. (This is soap opera type stuff people). This was the episode I found out that the right side of my face was totally crushed. I had some other minor injuries but my face was crushed.

About a week after the accident I had a major surgery to replace the bone structure around my eye with plates and screws. Thankfully, I was able to keep my eye, but imagine my disappointment when I woke up and did NOT look like Angelina Jolie. A lot of the surgical work was done through my mouth: the inside was so swollen after surgery that I couldn’t even close my lips. My eye lids had to be stitched together.

Up until this moment, I was doing pretty good. I think I understood that I would probably never look the same ever again and felt like I had mostly accepted that. Until the doctor went to cut out those stitches keeping my eye lids together. Let me say that this surgeon was AMAZING, couldn’t have found a better plastic surgeon if I was a Kardashian. When he went to remove those stitches, a good chunk of my eyelashes were also removed. I lost it. I had one thing on my face that still made me look like a girl, and now those were gone.

I understand, anatomically, eyelashes do not make me a girl, but I was under a lot of stress, ok? Since then I’ve had countless other procedures; facelifts, skin removal, experimental injections, etc. to get me looking symmetrical again and help regain some eyesight. In addition to dealing with all of this, the next year I witnessed the death of my uncle in a skiing accident. Then soon after I lost my dad to cancer. I don’t share this to gain sympathy or pity or freshly baked cookies, (though I wouldn’t turn down the cookies), I just want to give you a better idea of my emotional state. Which was; fragile. It felt easy to shatter both physically and emotionally.

I had always been super active, played lots of sports and would’ve considered myself a confident person. Both of those qualities took a hit. The loss of significant eyesight made sports difficult and I lost the joy I once found in them. I spent hours in a mirror practicing facial expressions, trying to get both sides of my face to look even when I’d smile or talk.

So, my confidence? I was too busy making sure drool wasn’t running down my chin in public to worry about cracking jokes and making friends. I tell this story often. I have it memorized and I tell it with a little humor and bluntness to play down the gravity of it. I even knock on my metal face for dramatic effect. But you know, it was a big deal. And if I’m being honest, sometimes it still is. We all have our own “semi(s).” Giant trailers full of hardship hurtling at us at lightning speed with no hope of dodging or ducking. Mine was just that, but others have semis that no one else can see, silent and equally damaging. The thing about being crushed into tiny pieces, is that we are able to rebuild ourselves. I was so scared to lose my identity, to change who I was. But now that I have, I’m pretty pleased with the outcome. See! I even got my confidence back.

The whole ordeal was miserable. I was miserable. And I made myself MORE miserable by retreating inward. So I guess my advice is to reach out. Get help! Whether that’s from parents, friends, professionals, whatever! My parents made me see a psychologist, which I did not find necessary at the time… Ok, yeah, I threw a massive fit. But it was great. People want to help, let them.

There were so many amazing acts of service during this time. The best thing my loved ones did for me, was not listen to me. Just hear me out. I desperately wanted to move home after the accident, and my parents told me no. I was so angry, and now looking back, I can’t imagine how difficult that was for them. Through some divine inspiration, they knew that I needed to continue progressing through what was going to be my ‘new normal.’ And they were right.

I was blessed with some truly amazing roommates that semester. One, being the very Jennifer Hanks. Not to mention a special shoutout to Kara, Hayley, Lindsey, and especially Emily. These women saved me. And I don’t say that lightly. If it were up to me, I would’ve locked myself in my room with a pack of Oreos and all the episodes of Vampire Diaries. Obviously, listening is important, but with genuine hearts and what I believe was heavenly guidance, my family and friends pushed, carried, and dragged me out of my room and back into the world. They forced me out of my very small comfort zone at a crucial time in my life. I don’t know if I’ve ever thanked them properly, so thank you.

The best part! I am very happily married. Yes, I found someone who would marry this busted face. I have three children. My girls are 5 and 3, and a baby boy who’s 6 months. We finally made it back to my hometown of Boise, Idaho and I am incredibly happy.

As far as medically, I still haven’t been able to regain my eyesight and I often trip on my children, but they’re pretty forgiving. I get compliments on my face aaaaallll the time. I’m just kidding, I don’t, but I also look quite normal, people are usually surprised to hear my face is fake. At least, they act that way… maybe they’re just being nice.

There is a lot I more I could share but I’ll give an update on my brother for those curious! He suffered a nasal fracture and a major laceration across his forehead, losing an eyelid in the process. He’s had surgery on his nose and a skin graft and often tries to get my kids to refer to him as ‘Uncle Scar.’ But he looks fantastic and is single, ladies!

What Quote or Motto got you through this difficult time?

Gordon B. Hinckley is my all-time favorite, motivational speaker. He once said, “Don’t waste your time feeling sorry for yourself. Don’t belittle yourself. Never forget that you are a child of God. You have a divine birthright. Something of the very nature of God is within you. …Believe in yourself. Believe in your capacity to do great and good things. Believe that no mountain is so high that you cannot climb it. Believe that no storm is so great that you cannot weather it. …You are a child of God, of infinite capacity.” 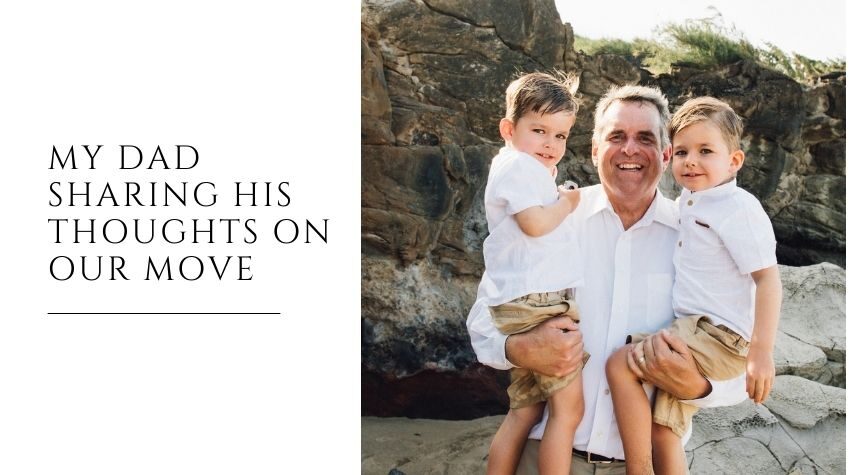 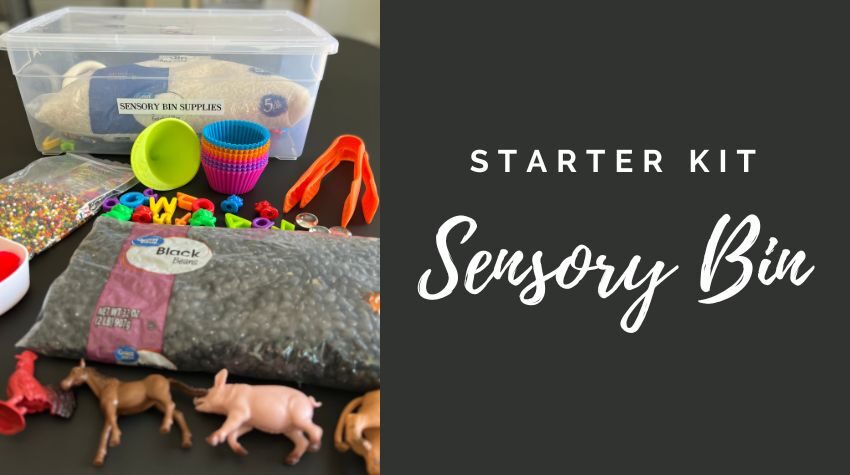 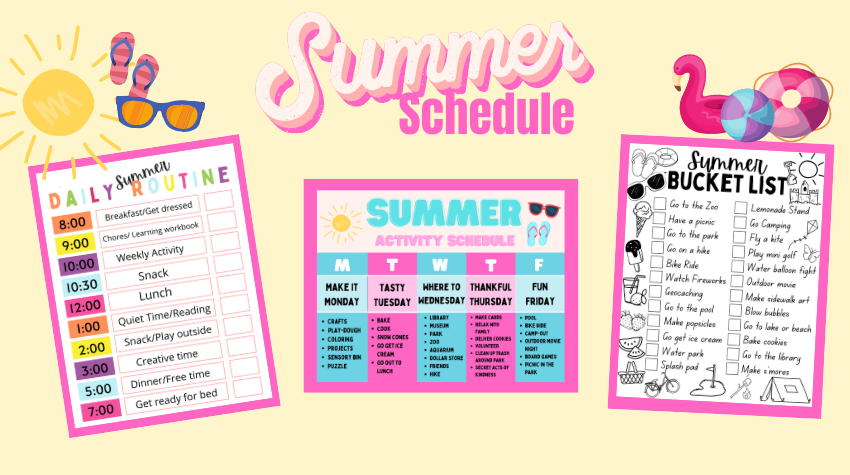